The Moulton Ranch at one time spanned most of what is now the south Orange County cities of Laguna Hills, Laguna Woods, Laguna Niguel, Dana Point and Aliso Viejo.

An unassuming storefront in Laguna Hills, wedged between an appliance store and a Vans clothing shop off the 5 Freeway, is really a portal into the past. 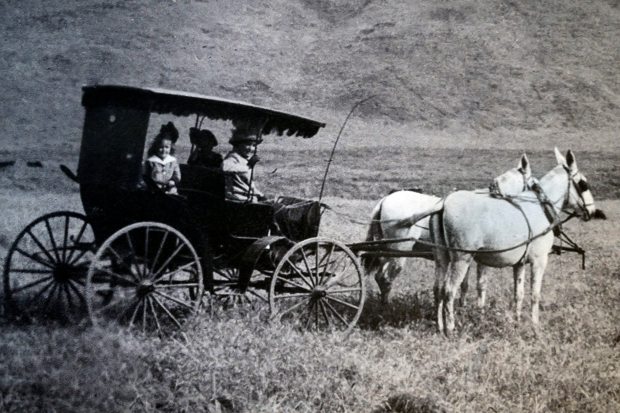 A black — at one time horse-drawn —  buggy with red fringe is parked just inside near the entrance. Receipts in a display document 1896 purchases from a Santa Ana hardware store for machine oil (15 cents), a strainer pail (75 cents) and a pair of nuts for 10 cents a pop.

Horse saddles, sheep shears and piles of other tools from the turn of the century are displayed with care. 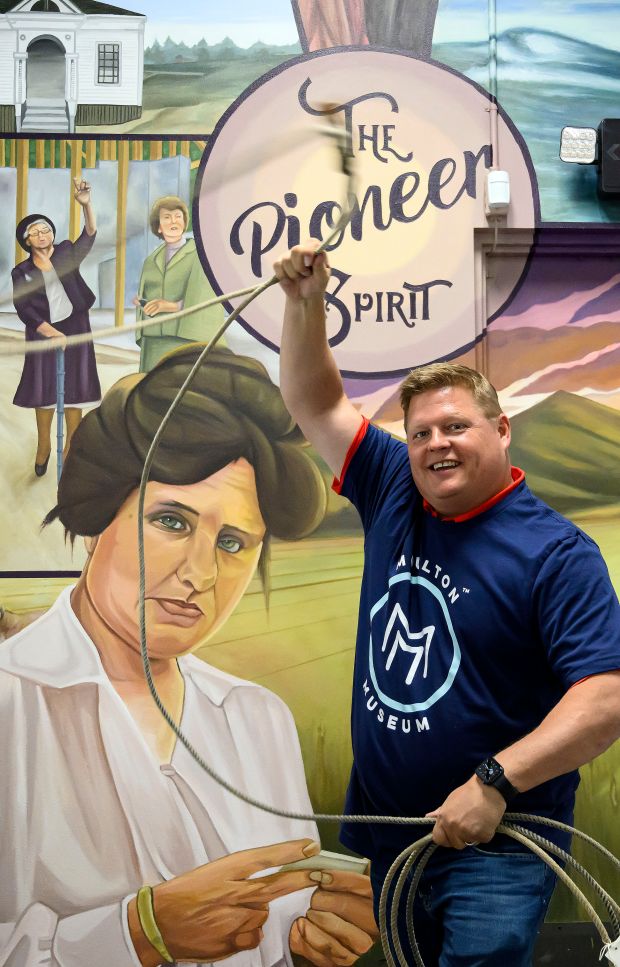 Jared Mathis stands in front of a mural on Tuesday, August 23, 2022, that will be part of an interactive display at the new Moulton Museum in Laguna Hills. Mathis is the great grandson of Lewis and Nellie Gail, Orange County’s early settlers who built the Moulton Ranch 148 years ago. (Photo by Mindy Schauer, Orange County Register/SCNG) 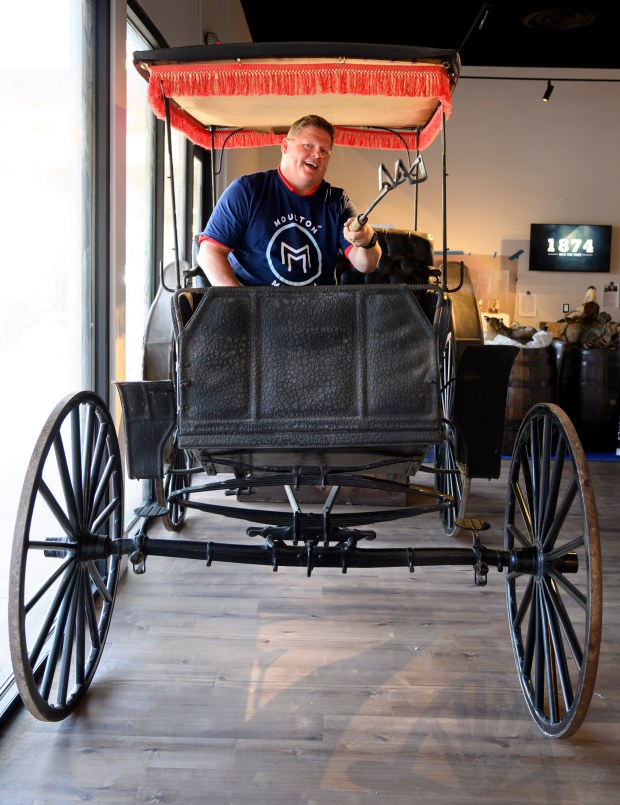 At the new museum on Cabot Road, much of the area’s history is documented through artifacts collected from the original ranch owned by pioneers Lewis F. Moulton and his wife Nellie Gail, whose property at one time spanned most of what is now the south Orange County cities of Laguna Hills, Laguna Woods, Laguna Niguel, Dana Point and Aliso Viejo.

The Moulton Museum will open to the public for the first time Sept. 3, featuring first an exhibit that tells the story of Lewis Moulton’s venture from Boston out west in 1874. At 20 years old, the east-coaster traveled by steamboat and stagecoach to reach California.

When curating the exhibit, titled “1874: Into the West,” the driving question for museum director Jennifer Keil was, “Where would we be without him?”

“It honors his journey, his five-week journey, from Boston to California,” Keil said, and documents the lifestyle he find out west, the jobs that were available then and the sheep-herding business that allowed Moulton to purchase, piece-by-piece, his ranch that eventually amassed roughly 22,000 acres.

The Moulton Museum was almost a decade in the making for descendants of the pioneering family, who have been compiling the artifacts for years. Jared Mathis, great-grandson of Lewis and Nellie Gail Moulton, said many of the relics from the original Moulton Ranch had been kept impeccably preserved by his great-aunt Louise Moulton Hanson on her ranch in Lompoc, in Santa Barbara County.

When Hanson died in 2014 at 99 years old, Mathis and his family began combing through the historic items she had stored on her property. It wasn’t until Mathis saw the breadth of Orange County history she had tucked away that the idea of showcasing them to the public came about, he said.

“Never in a million years did we think we’d be opening a museum,” he said. “That was not the intent at all.”

But he remembers a turning point in his thinking when, in a pile that his cousin found and planned to ditch, Mathis discovered a sealed metal container that piqued his interest.

He brought it back home to Orange County, and pried it open with pliers. “And sure enough, it was the original Spanish land grant patent from Ulysses S. Grant to Juan Avila, who held the Rancho Niguel land grant” before Lewis Moulton eventually acquired the land, Mathis said.

The document “was original and pristine,” he said, and had a stamp from Congress.

“And that’s when we knew that this was bigger than what we thought,” Mathis said. “This is more than just a note from Nellie Gail to Charlotte, my grandmother. This is something that deserves the right kind of treatment.”

Piles of documents, letters, ledgers and photos were among the old tools and artifacts – including the impossibly pristine buggy – Hanson kept stowed away in just about every corner of her property, Mathis said.

“I don’t think her heart ever left Orange County.”

At the Moulton Museum, a separate gallery will showcase artwork, including by Nellie Gail Moulton, who in her lifetime painted and drew dozens of pieces, mostly depicting nature scenes.

The family matriarch was a school teacher when she met Lewis Moulton in about 1903. After he died in 1938, Nellie Moulton continued to run their ranch.

She was a philanthropist and businesswoman, helping build up the Laguna Beach Art Association and the Laguna Beach School of Art (now the Laguna College of Art and Design). She also donated money to the Community Presbyterian Hospital, which is now Hoag Hospital, Mathis said.

An exhibit planned for next summer will highlight influential women in Orange County and on the Moulton Ranch.

A theme of the museum is celebrating the “pioneer spirit” that Lewis and Nellie Gail Moulton had “coursing through their veins,” Mathis said.

The museum will be open to the public a few days a week for $5 admission, and it can be rented for private events or tours. Educational programs for kids, book signings and new exhibits will make sure “there’ll be a reason to come back,” Keil said.

During the 11 a.m. to 3 p.m. grand opening on Sept. 3, there will be free entry into the museum and activities, including a petting zoo and pony rides, western-themed games and prizes.

People traveled via different routes to California: the land routes, including the Oregon Trail; traveled via ship to Panama, across the narrow land bridge or

The Moulton Family had a connection to President Abraham Lincoln, our 16th U.S. President.  J. Tilden Moulton (1808-1881), a Boston lawyer and Lewis’ father, was

Jonathan’s Moulton’s House , Courtesy of the Library of Congress Brigadier General Jonathan Moulton (July 21, 1726 – September 18, 1787) established himself as a